Permanent Reference Network (PRN) provides the geodetic basis for all surveying and engineering operations in Bahrain in that it is the Nation’s official precise positioning service.

The PRN is available for private sector survey and engineering firms via a subscription to access the service.

Register to use the PRN Network

Download and fill in the PRN user Application Form and send it back to PRN@slrb.gov.bh 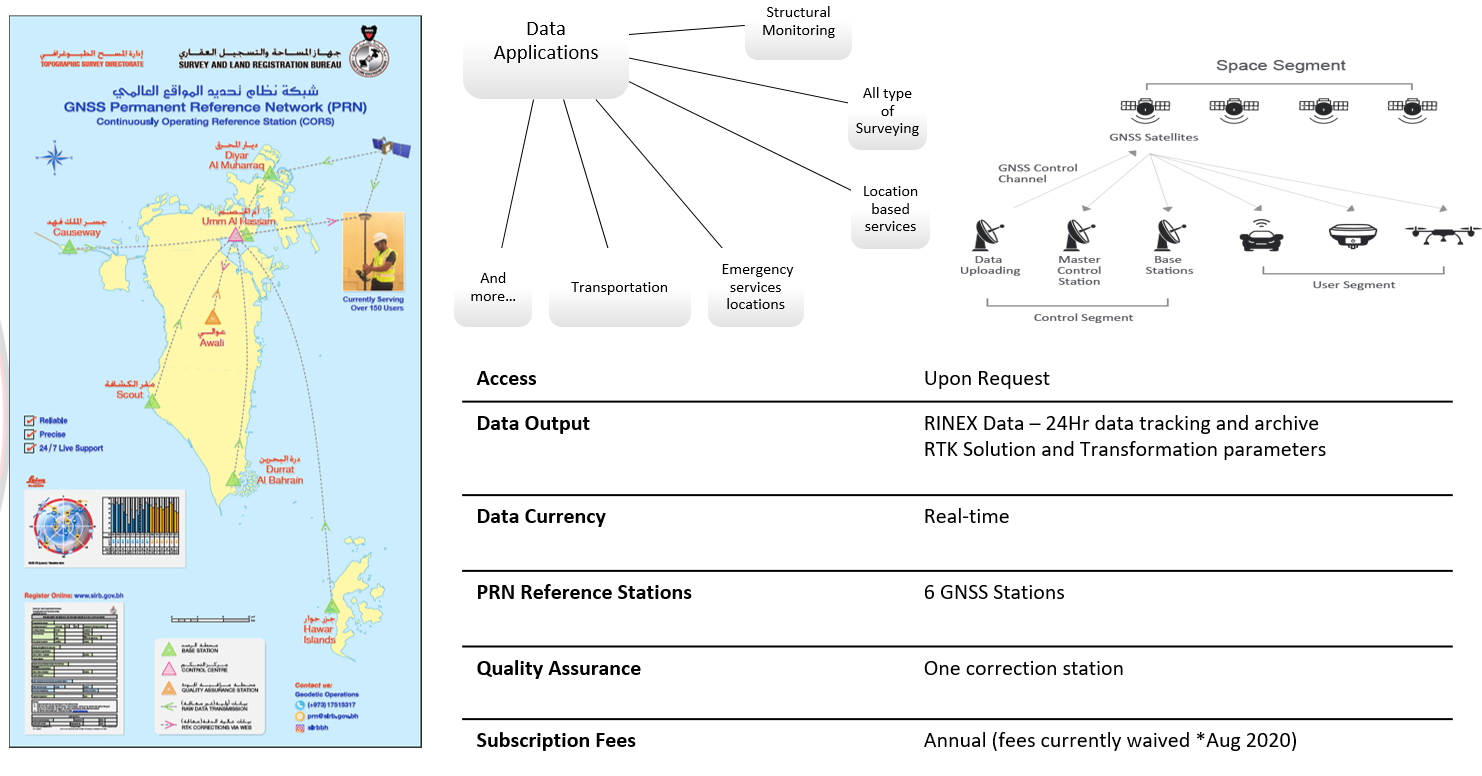 SLRB therefore defined the requirements for a modern network infrastructure of permanent GNSS reference stations and established the network in late 2006. The Bahrain PRN now provides the primary realisation of the Ain Al Abd datum in the Kingdom of Bahrain. The PRN therefore provides the geodetic basis for all surveying operations in Bahrain in that it is the nation’s official spatial reference framework.

These GNSS Reference Stations are equipped with the highest quality choke-ring antennae that receive both GPS and Glonass satellite signals 24 hours a day. This satellite tracking data is then transmitted continuously to the Data Control Centre (DCC) for real-time processing and archive.

The PRN includes an additional station which primarily operates as a quality assurance facility. This QA station is located at Awali in the centre of the island and furthest from any of the permanent reference stations.

This station is configured as a permanent rover with a standard geodetic antenna (not choke-ring) tracking both GPS and Glonass satellite signals. The station configuration is essentially the same as any rover except that network corrections are received over land-line based internet rather mobile internet as is the case of normal rover units.

The PRN is primarily developed to support high-precision real-time positioning requirements. In addition, tracking data is archived and can be accessed and downloaded through a RINEX data facility.

The Bahrain PRN provides the fundamental infrastructure for development of a huge variety of GNSS applications. SLRB is very interested to co-operate with agencies that can utilise the PRN in

The PRN offers a very effective entry for all potential users into the high-precision positioning market. The network is compatible with all major equipment manufacturers and operations can commence with minimal effort in configuration.

The cost of operating GNSS positioning equipment is kept low since users now only require a single rover unit rather than the previous requirement of individual operation with a base and a rover unit.

In addition, the logistics of positioning with the PRN are greatly improved since the service is “always–on”.